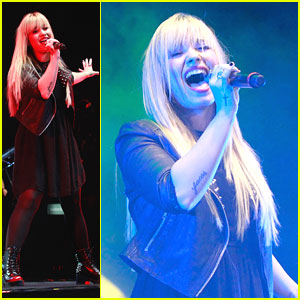 Demi Lovato belts out one last song as she closes up the 2012 Z Festival in Rio de Janeiro, Brazil on Sunday night (September 30).

PHOTOS: Check out the latest pics of Demi Lovato

Demi will be featured in the upcoming MTV special, “This is How I Made It.”

In each episode, the show will chronicle the moment they first realized their passion, when they felt they’d finally made it as well the sacrifices and setbacks they faced along the way. Check out the trailer below!