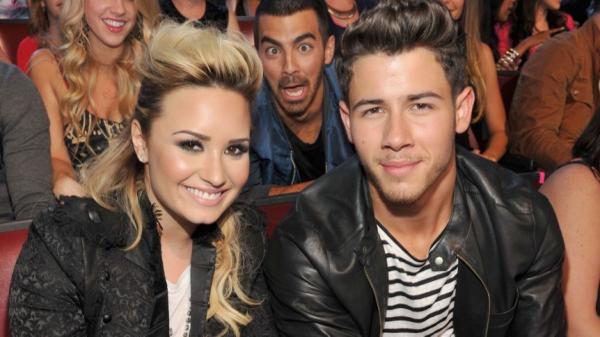 If you thought the “Chains” music video was the most exciting Nick Jonas news of the day…brace yourselves for this one: Demi Lovato is confirmed to sing a duet with Nick on his new album.

We knew that Demi and Nick were up to something when she posted a pic of her hand and another person’s hand recently in the studio, giving the thumbs up. She teased: “Recorded a KILLER duet today…. Can you guess who it was with?” It didn’t take long to figure out it was Nick, but we didn’t know when we’d hear their collaboration. Nick’s album will be coming out in the fall, so it’s not long now.

Nick confirmed the duet buzz, telling E! News, “We did one for my record,” adding, “It’s a great song that we both love. Her voice is just amazing on it. She’s the real deal. It’s the perfect fit for this record.”