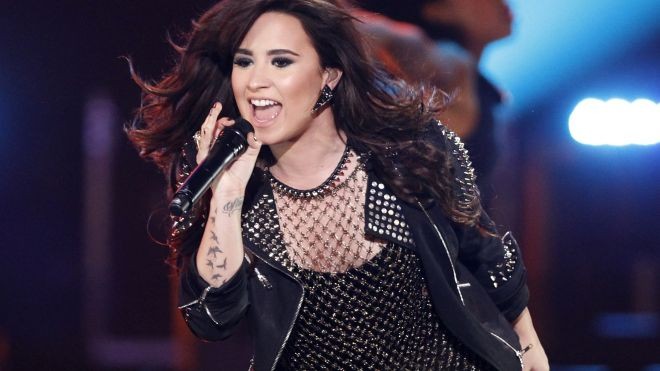 Demi Lovato’s beauty, talent and honesty make her one of pop music’s most beloved young superstars. She’s already a veteran at just 21, having served as a judge on “The X Factor” for two seasons, released four successful albums, starred in several sitcoms and sang the lead single from the No. 1 soundtrack of Disney’s “Frozen.” It’s no secret that performing on stage for her fans is one of her favorite pastimes, so get ready to watch her one hour livestream performance exclusively on Yahoo.

Frankly Chat and Clear Channel will be co-hosting iHeartRadio Live With Demi Lovato at the iHeartRadio Theater in Burbank, California, on Monday at 10 p.m. ET / 7 p.m. PT. The concert, hosted by KISS personality JoJo, will highlight music from her catalog, including her most recent release, 2013’s “Demi.”

Fans can enjoy the show from home. You can watch the entire event live exclusively online at Yahoo Screen and via mobile on the Yahoo Screen App.

Let the countdown begin. Be sure to visit Yahoo Music for updates. We have more livestream shows coming up, including Jason Derulo on Tuesday.

Published by Emily
No comments
Articles and Press