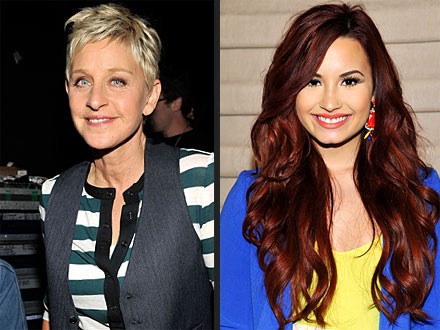 Ellen DeGeneres, Drew Brees, Demi Lovato and actor Avan Tudor Jogia are among the celebrities who have joined a high-school student’s personal fight to get a documentary about bullying seen by as many kids as possible.

Katy Butler, a Michigan high school student who has experienced severe bullying, began a petition at Change.org to get the Motion Picture Association of America to change the R rating of the movie Bully to PG-13.

“It’s an important movie for everyone to see, especially kids,” DeGeneres, 54, said on her talk show last week, with Butler in the audience.

Lovato, 19, appealed to her 6 million Twitter followers: “Please help repeal the R rating on ‘BULLY.’ EVERYONE should be able to see it. Sign the petition.”

Butler’s petition, which is also being officially supported by 20 members of Congress, has drawn more than 280,000 signatures. She delivered more than 200,000 of those signatures to the MPAA’s Los Angeles office last week.

“We’ve got the MPAA’s attention, and with nearly 300,000 signatures and support from celebrities and politicians, there’s now a national movement of people calling on the MPAA to drop the R rating for Bully,” Butler says. “As someone who lived through bullying day in and day out in school, including having my finger broken by bullies, this film is too important to silence with an R rating. Everyone should have a chance to see Bully.”

Published by Jen
No comments
Articles and Press, Videos