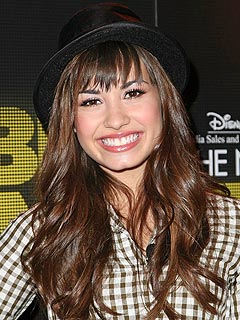 Chances are Demi Lovato is coming to a town near you this summer.

“I’m so excited about headlining my own tour. I love life on the road. I’m in a different city every night and it never gets old,” Lovato tells PEOPLE.

Last summer, Lovato, who is currently in the studio recording her second solo album, hit the road with her Camp Rock costars the Jonas Brothers. This time around American Idol season seven runner-up David Archuleta will be Lovato’s opening act. Musical artists Jordin Pruitt and KSM will also appear on select dates throughout the summer.

Tickets go on sale to the public April 25 with a special pre-sale offered to Lovato’s Say Now community at www.DemiLovato.com/FanClub or www.SayNow.com/DemiL on April 15. The complete tour dates are below!